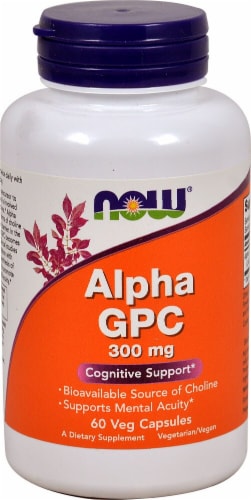 Alpha GPC is a natural physiological precursor to acetyl-choline, a neurotransmitter that is involved in memory and other cognitive functions. Alpha GPC is more bioavailable than other forms of choline and is known to cross the blood brain barrier into the brain. In the brain and other neural tissues, Alpha GPC becomes a constituent of cell membranes. Clinical studies have demonstrated that supplementation with Alpha GPC can increase the brain''s synthesis of acetyl-choline. In this way it helps to support cognitive function and mental acuity.