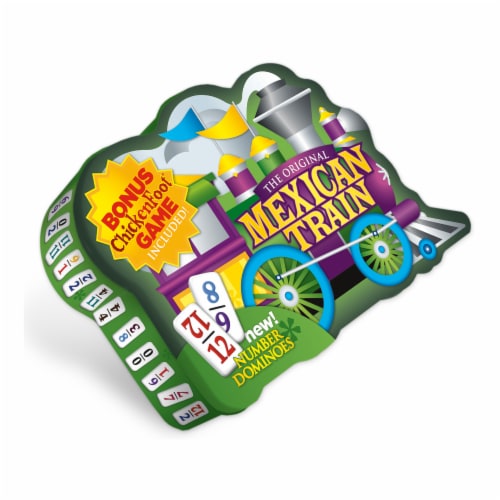 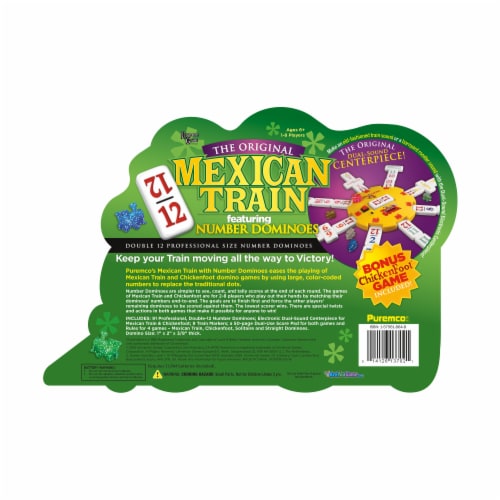 Keep your train moving all the way to victory! Puremco's Mexican Train with Number Dominoes eases the playing of Mexican Train and Chickenfoot domino games by using large, color-coded, numbers to replace the traditional dots. Number dominoes are simpler to see, count, and tally scores at the end of each round. When you play with Number Dominoes, you'll never play with domino dots again, guaranteed! The games of Mexican Train and Chickenfoot are games for 2-8 players who play out their hands by matching their dominoes' numbers end-to-end. The goal is to finish first, and force the other players' remaining dominoes to be scored against them. Lowest scorer wins. There are special twists and actions in both games that make it possible for anyone to win! Domino size is 1 x 2 x 3/8 thick. Requires 3 1.5V batteries (included).