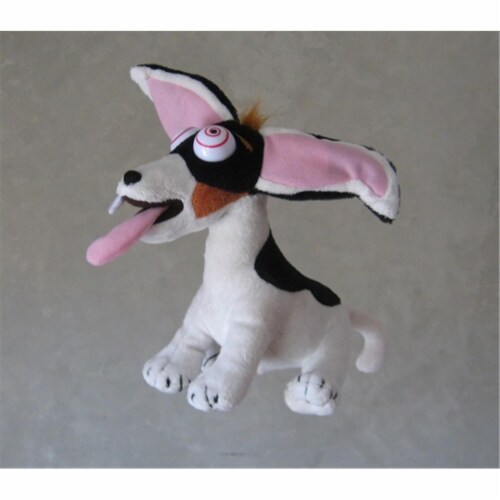 Loco Louie is one of a new line of crazy characters called Insanimals. He has his own facebook page so kids can interact with him. Don t blame Loco Louie for his unusual appearance. You see way back in his hometown of Chihuahua Mexico he spent every day foraging for his very favorite food hot chili sauce. Skittish and wary of strangers Louie used to bounce around town digging through garbage cans eating anything and everything that had a trace of the hot stuff on it. One restaurant owner tired of all the trash in the street wanted to teach Louie a lesson. He gave Louie a bottle of sauce made from the now infamous Ghost Chili the hottest pepper known to dog. Louie ate some of the hot sauce on a taco chip. Within seconds he felt a burn in his body and fire on his tongue smoke came out of his ears and his eyes popped out big and wide and red circles appeared on his eyeballs. Louie staggered out of Chihuahua looking for anything to cool his scorched tongue. They say Ghost Chili Hot Sauce if it doesn t kill you makes you loco forever so Louie needs a lot of attention. We think Loco Louie is cool and a great friend for anyone who can give him love and enjoy a little spice of life now and then. Dimensions: 7 L x 7 H x 3 W.