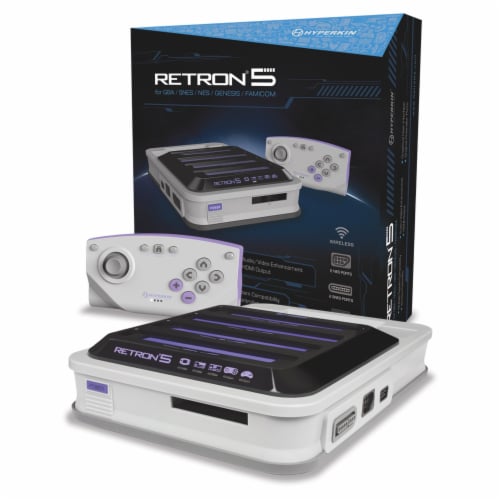 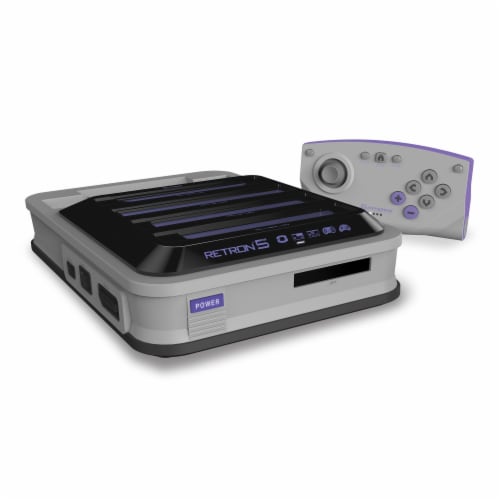 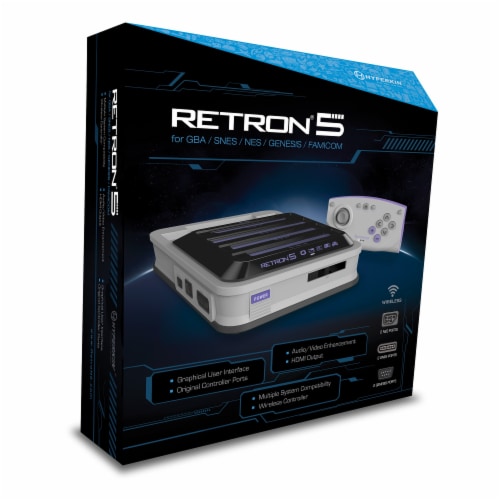 Hover to Zoom
Item 1 of 3 is selected.

GRAPHICAL USER INTERFACE (GUI): A brand new GUI Menu that gives access to features and the ability to customize your entire gaming experience on the screen.

HD OUTPUT: The HD output will upconvert the signal to your HDTV with a maximum output resolution of 720p.

SAVE/LOAD STATES: Save or load your games at any point during gameplay, with 10 save slots for each game.

VIDEO ENHANCEMENT: Customize your video settings with the variety of different filter and shader effects, including scanlines.

CHEATS: Pre - built cheats that can be accessed at any point during gameplay for most games.

BT WIRELESS CONTROLLER: Utilizing BT technology, this controller has a range of up to 30 feet and features a microswitch directional pad, two programmable macro buttons, and a Home button for quick-in game access to features.

100% COMPATIBILITY: The RetroN 5 will play both PAL and NTSC cartridges. CIC lockout chips and FX chips are no longer going to be an issue, as we aim to achieve 100% compatibility with all cartridges. *Converter sold separately.

The ultimate HD remake: Hyperkin presents the RetroN 5, a revolutionary new way to experience classic games in high definition; the first of its kind with an all-digital HD output.