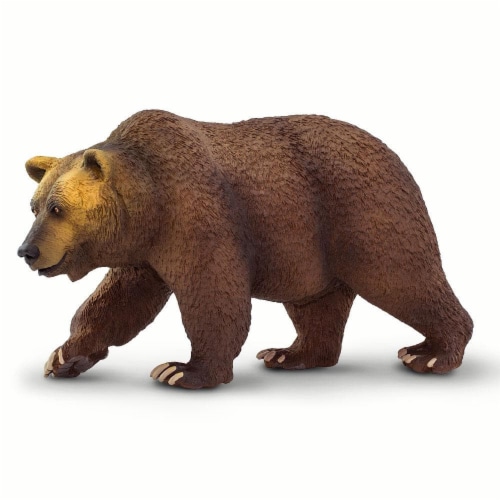 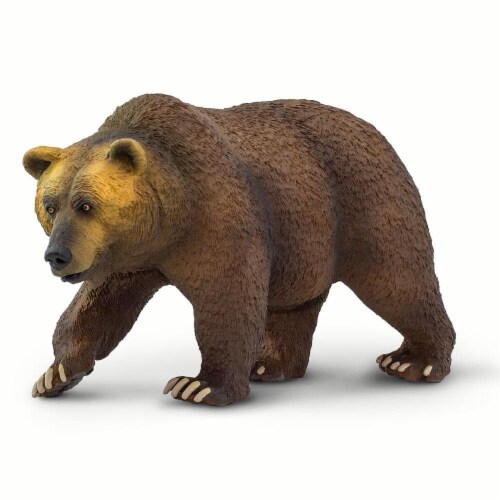 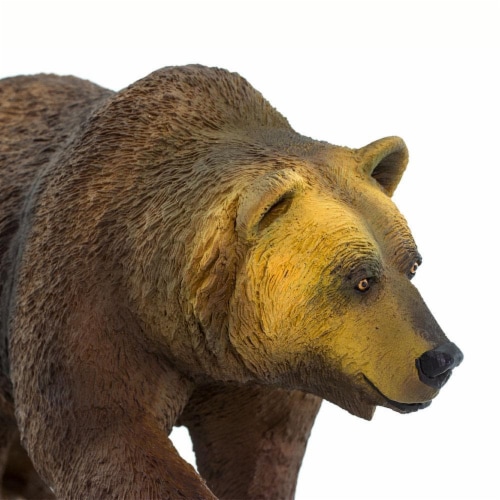 The Grizzly Bear is a large type of brown bear, found in the extreme northwestern regions of the North American continent, especially Canada and Alaska. Though not as large as the Polar Bear, these bears can still grow quite large (up to 1000 lbs. and 6 Â½ feet in length). Their sharp claws can be up to four inches long!

Explorers Lewis and Clark first described this creature as â€œgrisleyâ€, though what exactly they meant is not 100% clear. It likely referred to the bearâ€™s â€œgrizzledâ€ appearance, with lighter colored tips on its fur. Grizzly Bears can be differentiated from the smaller Black Bear species in a few ways â€“ the Grizzly has a prominent shoulder hump, a less narrow face, and its rump is lower than the shoulders.


Characteristics: This Grizzly Bear figure features the distinctive features of its subspecies, including the pronounced hump of its shoulders and the prominent claws on its feet, as well as conveying the overall bulk of this massive bear.


Size: This Grizzly Bear figure measures 9 inches long from the tip of its snout to the heel of its left foot. It stands 5 inches tall to the top of its hump. Itâ€™s about half the size of a standard sheet of paper.