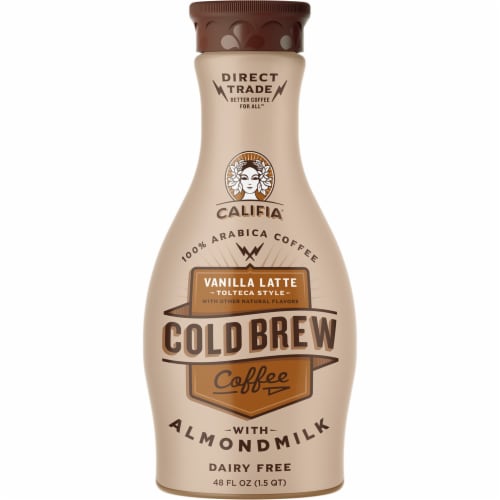 If flavors were musical instruments, Califia® Farms Vanilla Latte Tolteca Cold Brew Coffee would be a symphony. In this culinary composition, the rich, deep, mellow flavor of cold-brewed, premium 100% arabica coffee is like a double bass, providing the foundation for the orchestra’s sound. The vanilla is the cello, offering richness, warmth, and roundness to the melody. The cinnamon acts as the bassoon, with its gentle, velvety, sultry notes. The cane sugar plays the role of the flute, adding just a touch of sweet whimsy to the mix. And the smooth, creamy almond milk is the sumptuous concert hall where it all happens, the backdrop against which the music is played. Sit back, relax, and drink in the concert of flavors that is Vanilla Latte Tolteca Cold Brew Coffee. Mornings will never be the same.