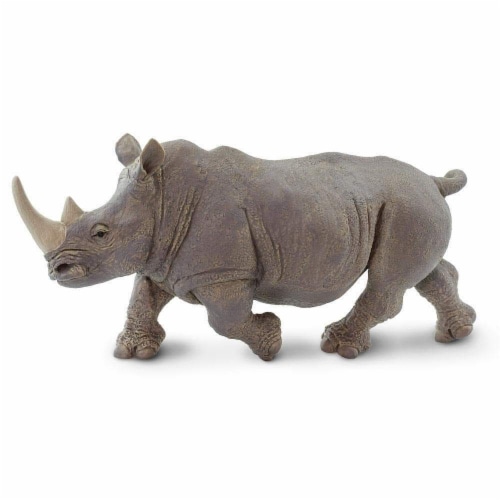 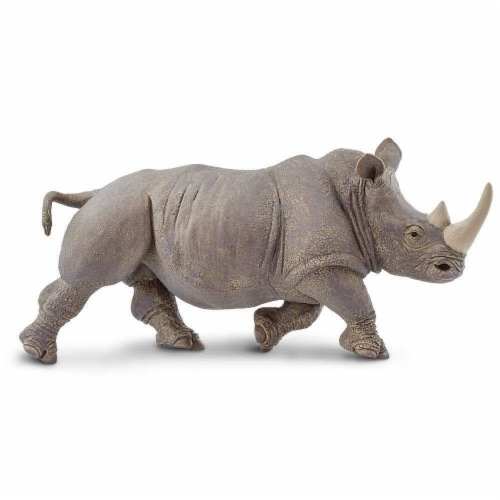 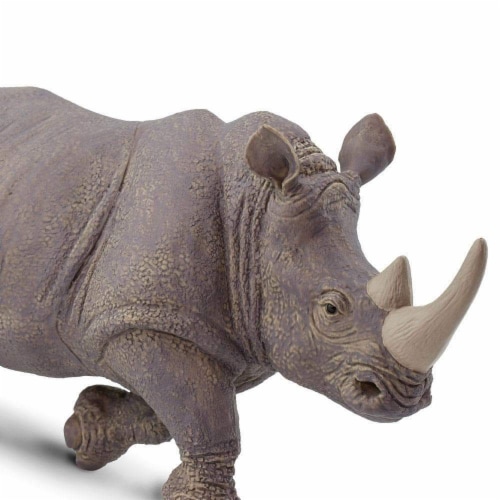 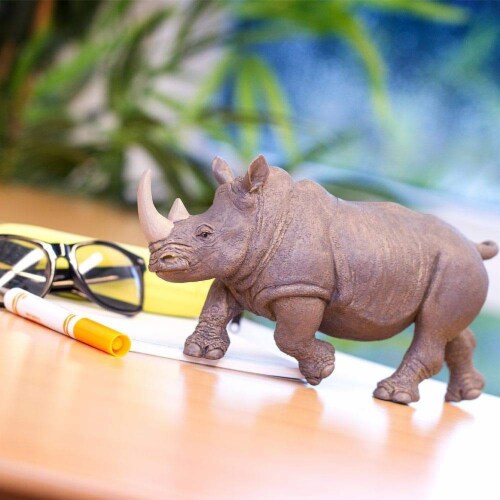 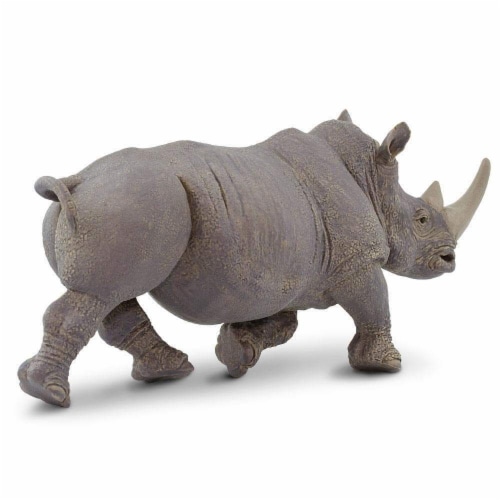 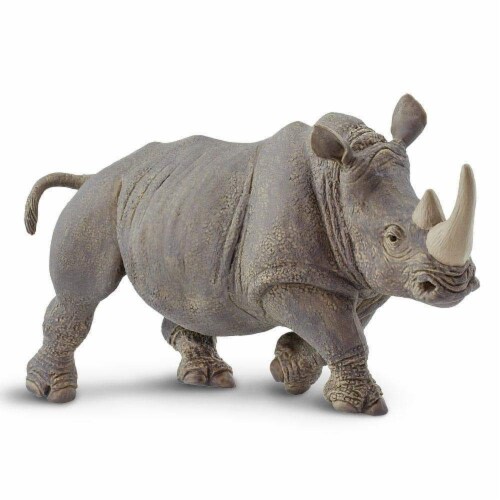 The largest species of rhinoceros in the world, the white rhinoceros, or rhino for short, is a large horned mammal endemic to the southern half of Africa. White rhinos are actually a dark gray, and many believe the name â€œwhiteâ€ actually comes from a mistaken translation.

Characteristics: Capturing the burly body, dark gray skin, and famous pearlescent white horn, this professionally sculpted white rhino toy figurine is truly life-like. If you look closely at the tail and ears, you can see they have the same type of hair as humans!

Size: Standing 12.5 inches long, 3.5 inches wide, and 5.6 inches tall, our white rhino toy statuette is half an inch longer than a standard American rule, and a touch wider and taller than a soda can.
The White Rhino is part of the Wild Wildlife collection.
All of our products are Non-toxic and BPA free.