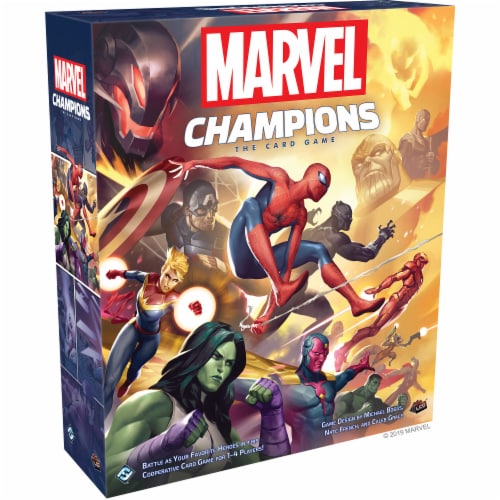 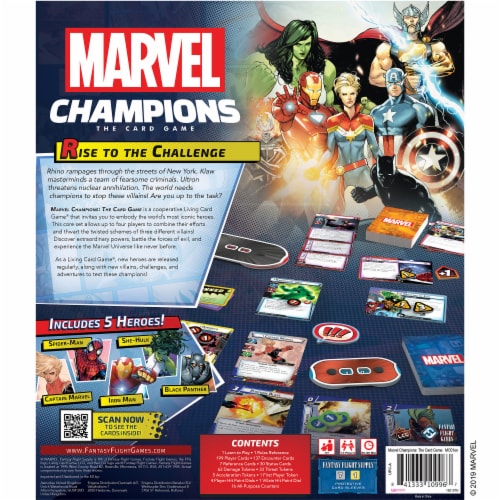 Marvel Champions: The Card Game is a cooperative Living Card Game that sees players embody Marvel heroes battling to thwart the schemes of dastardly villains. In the game, players will call on iconic allies, harness powerful weapons and armor, and unleash devastating tactics as they battle to defeat the villains of the Marvel universe. In every scenario of Marvel Champions: The Card Game, the heroes face a powerful villain pushing a unique scheme, as well as their own personal enemies that can be shuffled into the hero deck. On every turn, players will have to decide whether to play as a superhero and fight the villain directly, or change into their alter-ego to recover damage, prepare their forces, and fight the villain indirectly — presenting an interesting strategic decision every turn. If the heroes can defeat the villain before they complete their dastardly scheme, the heroes win the game.