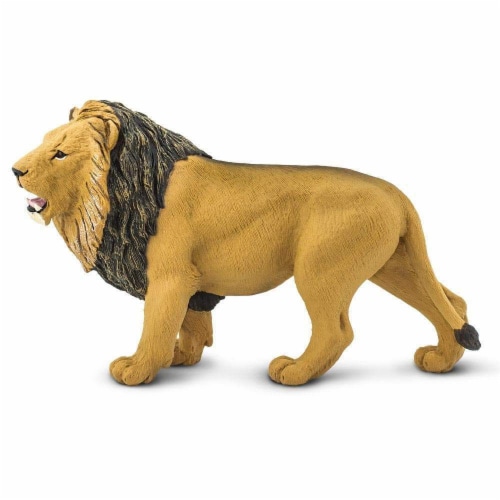 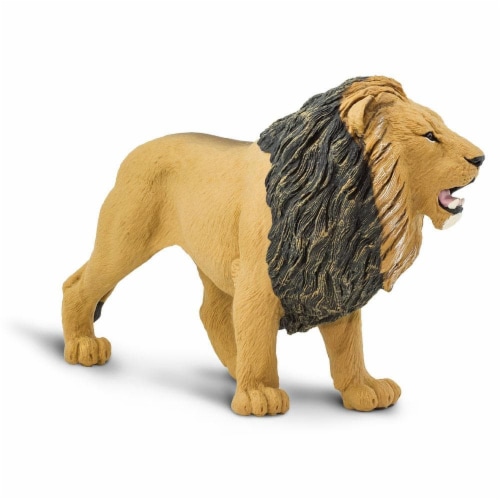 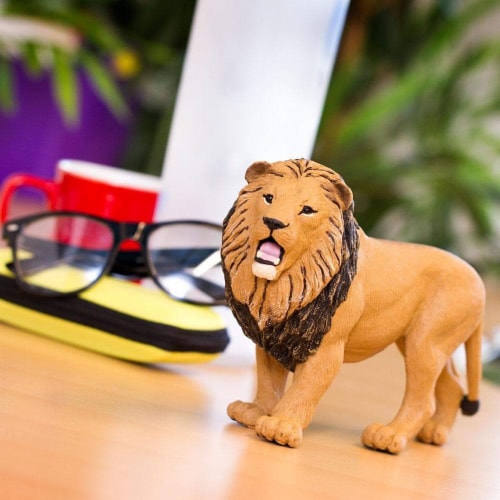 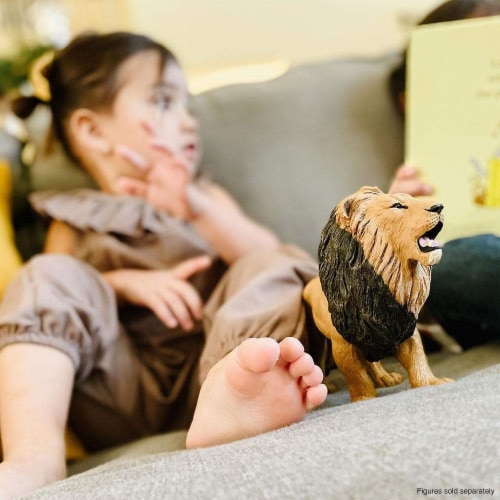 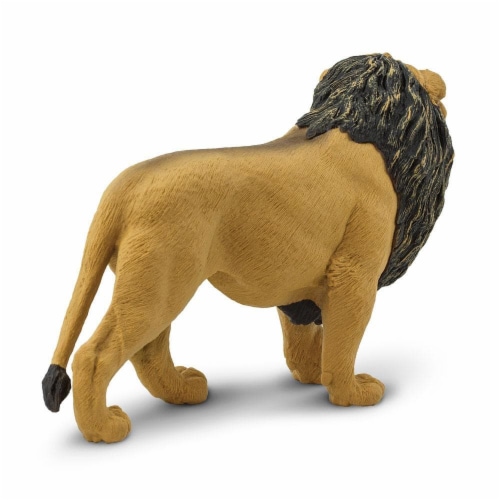 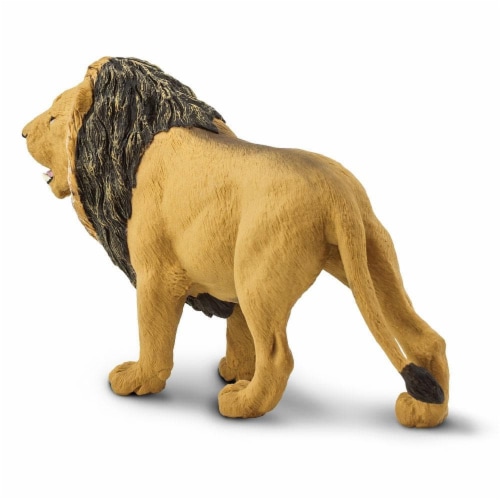 Behold, the king of the jungle! Lions are the second largest of the big cats, with the largest being tigers. Endemic to Africa and India, lions are the quintessential animal of the Sub-Saharan. Iconic for their flowing manes, they are one of the most popular cultural symbols worldwide. History: Featured in cultures and folklore from all around the world, lions are often used to symbolize might, power, and nobility. Despite these representations, lions, like almost all other large cats, are considered vulnerable on the conservation status spectrum. While reservations and preserves have been established to try and protect the remaining lion population, it's estimated that their numbers are dwindling by as much as 50% every 20 years. Scientific Name: Panthera leo Characteristics: Complete with its illustrious dark brown mane representative of a male lion, this lion toy figurine depicts the royal demeanor only suitable for a king. If you saw one of these animals in person, you might get to hear the mighty roar that this model is preparing to bellow. Size: 9.5 inches long and 5.25 inches tall, this lion toy figurine stands a touch taller than a soda can and an inch and a half longer than the width of a legal-sized piece of paper. The Lion is part of the Wild Wildlife collection. All of our products are Non-toxic and BPA free.