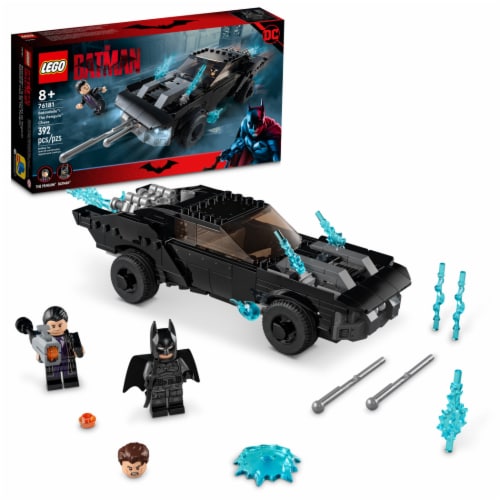 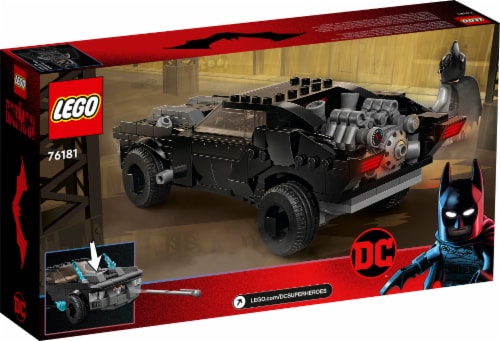 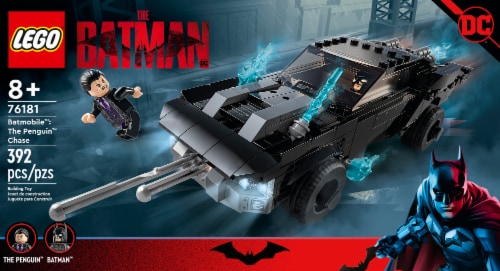 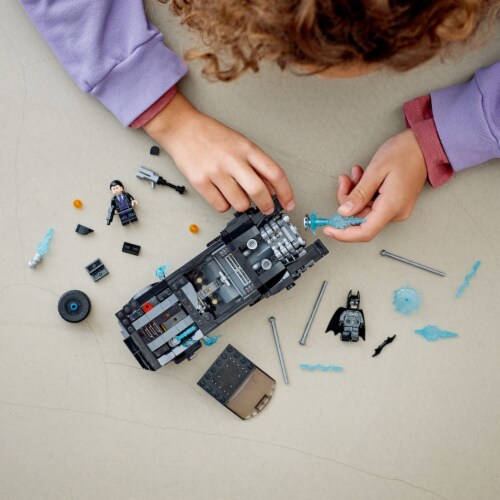 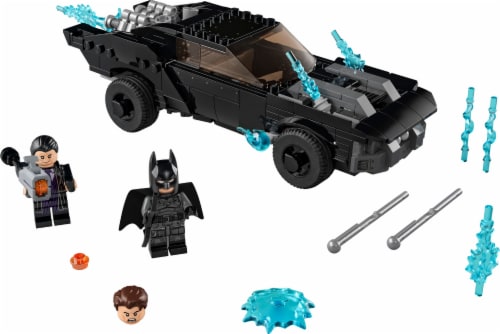 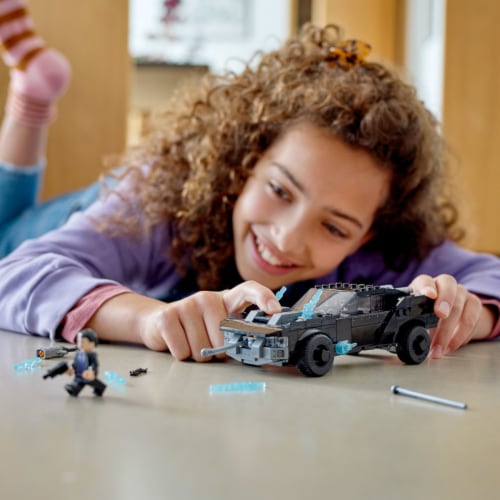 Kids with a passion for Batman will be captivated by the stand-out LEGO® DC Batman Batmobile: The Penguin Chase (76181). This iconic, play-and-display Batmobile puts action from The Batman movie into the hands of kids aged 8+. Missile-launching Batmobile This battle-ready Batmobile features 2 spring-loaded shooters that launch mega missiles from the front, either simultaneously or individually, when kids press plates on the hood. The windshield and roof assembly lift off so the Batman minifigure can be sat in the cockpit. There’s even room for a passenger. The action can be turbocharged with the addition of blue-flame elements attached to the exhaust. The set features 2 minifigures: Batman, with a fabric cape, and The Penguin, with a shooter and hand-held rocket launcher, which includes an integrated stud-shooter that fires circular pieces. When the imaginative, super-hero adventures are over for the day, this versatile vehicle looks awesome displayed in kids’ rooms.